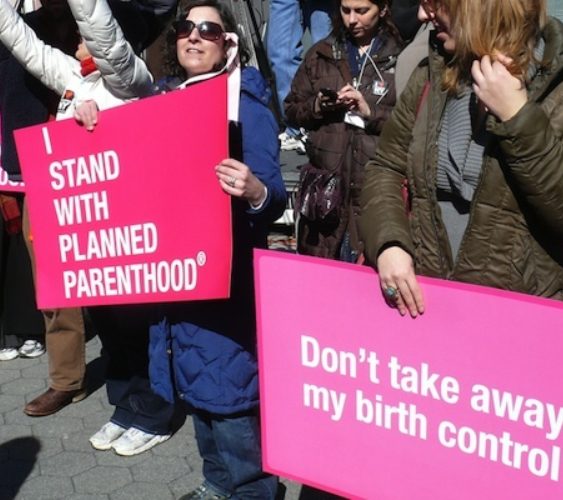 Even with years of debates, rallies, demonstrations, and legislation, abortion remains one of the most controversial and contentious issues in America. The question of a woman’s right to choose is virtually guaranteed to polarize people, with each argument more vehement than the last. But a new study could cast this intense debate in a whole new light, and change the way we view abortions in America.

According to a study by the Guttmacher Institute, the United States abortion rate is at its lowest point in 40 years. That's the lowest number since the landmark legislation of Roe V. Wade in 1973 legalized the procedure. In 2011, roughly 16.9 abortions were performed per 1,000 women aged 15 to 44. The rate of abortion fell an impressive 13 percent between 2008 and 2011 after having stalled between 2005 and 2008.

“The decline in abortions coincided with a steep national drop in overall pregnancy and birth rates,” the study's lead author Rachel Jones said in a statement.

So what’s the cause behind this drop in abortions in America? Although anti-abortion activists would like people to believe that laws restricting access to the procedure have lowered the number, they'd be wrong. Most of the more stringent laws surrounding abortion were passed in 2011 or later – after the study had already been completed.

Instead, it looks like easier access to a multitude of contraception options played a major part in reducing the need for abortions. The availability of a variety of birth control options – from condoms and the pill to long-acting reversible methods like IUDs – had a profound impact on the need for abortions in America.

“Contraceptive use improved during this period [in the study], as more women and couples were using highly effective long-acting reversible contraceptive methods, such as the IUD,” Jones explained. Many pro-choice activists believe this is proof that easy availability of birth control is a vital aspect of healthcare in America.

“Access to a range of birth control methods is playing an important role in reducing unintended pregnancy and decreasing the need for abortion,” President of Planned Parenthood Cecile Richards said in a press release in response to the study. “This report comes just as some politicians and corporations are trying to make it harder for women to get birth control by chipping away at the historic benefit of the Affordable Care Act that requires insurance plans to cover birth control without a copay.”

The struggling economy also played a part in reducing the number of unplanned pregnancies. With additional financial burdens taxing a large number of Americans, many women took extra precautions to ensure they would not end up pregnant.

Despite the thoroughness of the report however, the statistics are most likely not entirely accurate. Abortion clinics are not required to provide any data on the number of procedures performed, and many abortions are still done in secret. The controversial nature of abortion still makes it taboo in many areas, with those involved reluctant to divulge information to researchers.

Even with these limitations, the Guttmacher Institute’s study paints a compelling portrait of abortion in the United States. Both sides of the abortion argument will use the report for their own purposes, but clearly far more research is needed before we can truly understand America’s attitude towards this complicated and controversial aspect of healthcare in America.