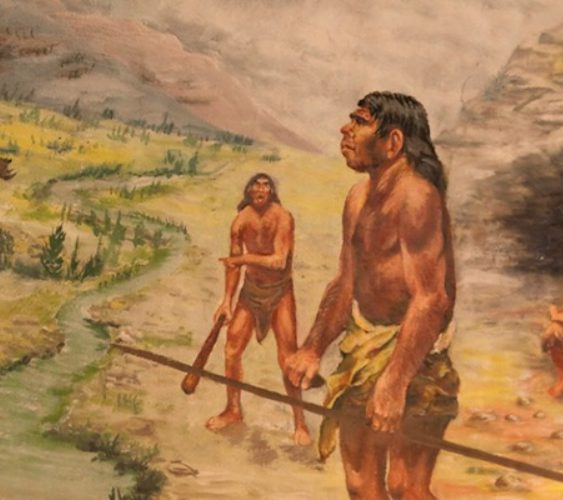 For the most part, cavemen don't have the best reputation. We can start with the name itself — no one even calls them by their correct term. Instead of Neanderthal, they're cavemen. Men in caves. That's it! But it doesn't get better from there. In general, we think of them as brutes without much to offer. However, according to a report, Neanderthals had something down pat that modern man can appreciate: Parenting.

Penny Spikins, an archeologist at the University of York, found that cavemen were — despite what we think — really good parents. Spikins and her colleagues published their findings, titled "The Cradle of Thought: Growth, Learning, Play and Attachment in Neanderthal Children" — in this month's issue of the Oxford Journal of Archaeology. Spikins claimed that the common perception of cavemen parents is one of violence, and that for kids, this meant their lives were "Nasty, brutish, and short." But Sipkins wants us to know this is most likely incorrect. And we need to rethink them.

"It is almost as if we can’t help ourselves but be biased against Neanderthals," she wrote in her report. "Perhaps they are too close to us for comfort? Perhaps we like to have someone to compare ourselves with to make us feel better? Certainly it has been easy to deride Neanderthals without much or even any evidence. I think it makes more sense to look at what the evidence most probably suggests, including the evolutionary relationships between ourselves and other primates who certainly care deeply about their infants and invest a lot of energy in looking after them."

What evidence? Well, for one, cavemen seemed to value teaching. Several recent archeological digs have unearthed Neanderthal tools that were used, but not by adults. The markings on them indicate that someone less skilled was using them — and who is less skilled than cavemen adults? Cavemen kids.

"The markings are indicative of pointless and frustrated battering of a spot where flaking cannot be achieved and is rarely produced by expert knappers [a technique of shaping tools made of rock], yet these traces appear on 59 percent of the cores at Site K, Maastricht-Belvédère [a recent dig]," explained Spikins, in her paper. This shows that cavemen parents were allowing their children to use valuable tools to learn. "It isn’t difficult to imagine a child happily bashing rocks together without really getting anywhere, and being tolerated by the adults,” Spikins told Pacific Standard. Cavemen also buried their kids in elaborate graves, along with jewelry and other tokens. If you didn't value your kids, why bother taking so much time to bury them?

While Spikins' research is far from certain, it is interesting. Perhaps cavemen really weren't that dumb after all. Or perhaps we're not as smart as we think.