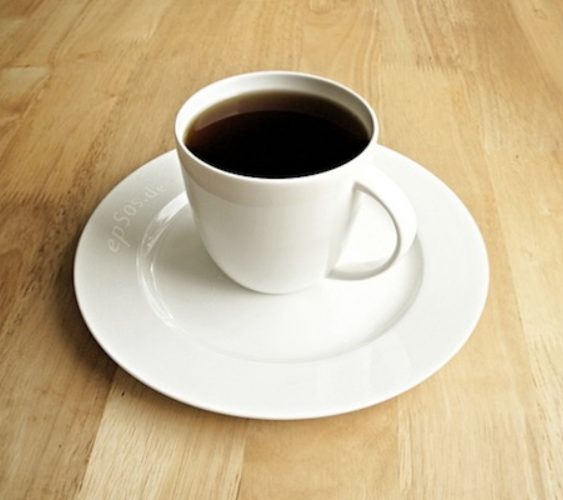 Coffee is amazing, isn't it? You wake up feeling terrible, but after a few sips of that magical beverage, your world is great again. And the best part is, science agrees. It seems like each day new evidence emerges that proves drinking coffee is good for you. In fact, if you're still not a coffee drinker, you're either avoiding it to be contrarian, or you're just an idiot.

The latest pro coffee findings? It lowers your risk of suicide. According to The Harvard Gazette, a study of multiple papers on coffee's effects showed that drinking multiple cups a day reduced the risk of suicide in men by a whopping 50 percent. The study was led by Michael Lucas, research fellow in the Department of Nutrition at Harvard's School of Public Health. Lucas and his team examined data on 43,599 men and their caffeine consumption habits, along with data relating to suicides. What Lucas found was there's a sweet spot: The risk of suicide for the men who drank two to four cups of coffee a day was 50 percent lower than those who drank more than that or less that that, or none at all. So you know, don't get too crazy with the coffee, or not crazy enough.

In his report, Lucas explained that caffeine was the critical ingredient, and thus explains why coffee was so helpful: It has the most. "Unlike previous investigations, we were able to assess association of consumption of caffeinated and non-caffeinated beverages, and we identify caffeine as the most likely candidate of any putative protective effect of coffee," wrote Lucas.

As we mentioned, Lucas' findings on coffee's brilliance are only the most recent. Coffee packs caffeine, and as Lucas explained, that's the key. This is why even the most elite athletes turn to it in times of competition. "Caffeine has been proven to increase the number of fatty acids circulating in the bloodstream, which enables people to run or pedal longer (since their muscles can absorb and burn that fat for fuel and save the body’s limited stores of carbohydrates until later in the workout)," reported the New York Times. "As a result, caffeine, which is legal under International Olympic Committee rules, is the most popular drug in sports. More than two-thirds of about 20,680 Olympic athletes studied for a recent report had caffeine in their urine, with use highest among triathletes, cyclists and rowers."