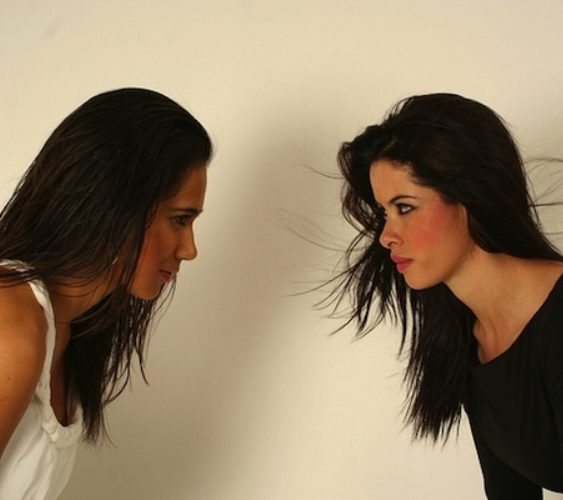 Let’s be real: Even when they’re friends, some women don’t seem to like each other very much. The idea of “frenemies” — people who are public friends but privately tear each other down — has become ubiquitous, especially in female circles. Don’t believe us? Just take a look at all of the movies and TV shows portraying those kinds of relationships. Even Disney has their own take on it for the prepubescent set.

More and more, the question doesn’t seem to be whether it’s happening but, rather, why. Luckily, various researchers have taken on the task of examining when and why such bitchiness happens.

One study in Ontario, for example, split up 86 heterosexual women into two groups who were told they would be participating in a study. Before the explanation went further, however, the groups were each interrupted by one of two women — one group was interrupted by the “conservative confederate” (an attractive woman wearing a plain t-shirt, khakis, and her hair in a bun), while the other was interrupted by the “sexy confederate” (the same woman, but wearing a low-cut blouse, a mini-skirt, and loose hair). The professor in charge of the study gauged the reactions of the women in the group after the interruptor left, looking for signs like eye-rolling or sarcastic laughing. In the sexy confederate group, one woman didn’t even wait for the interruptor to leave before exclaiming: “What the f*** is that?!”

What the researchers found was that women are more than likely to shoot other women down just by looking promiscuous, and that that tendency is magnified when the women in question are among friends.

According to Olga Khazan writing for The Atlantic, it all comes down to mating: When a woman poses a threat to another woman’s chance of finding a mate, the second woman will use gossip or slander to ruin that first woman’s reputation. One researcher explains that women who seek out casual relationships seem to undermine the goals of women looking for long-term commitment by making it okay for men not to commit. That’s when the slut-shaming comes into play.

Don’t think that it’s just the ladies who tear each other down, however — members of both sexes are equally guilty of putting down others to make themselves look better. Women use mind games because that’s simply what’s been deemed socially acceptable for them to do, while men, on the other hand, are more likely to beat each other up physically. But, even so, men are still apt to insult other men who pose a threat to them — they just tend to use lack of money or status to rip their peers apart, rather than physical appearance or “loose” behaviors. Why? Because, traditionally, women have placed more value on money or social status in looking for mates, and are still likely to sleep with a “slutty” man.

Really, though, this whole thing is just exhausting. Can’t we all just get along already? Tina Fey really, really wants us to.