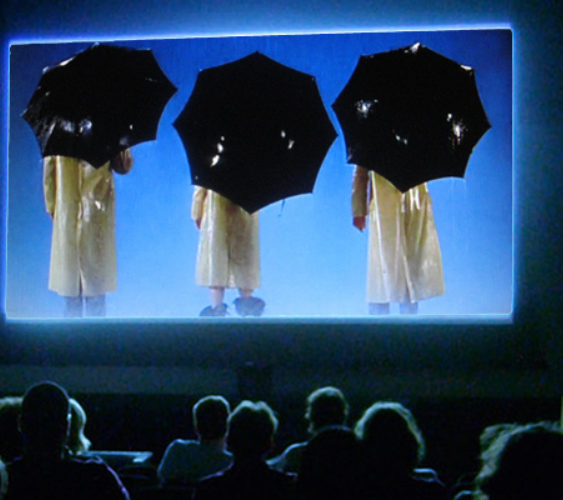 Hollywood Musicals That Are Still Worth Singing About

If you’re someone who keeps up with movies, then you know that Les Miserables, one of the most well-known musicals in the world, brought in a whopping $18.2 million, it was the fourth-highest Christmas opening ever, which is pretty impressive when you consider the quality and commercial success of movie musicals lately (Daniel Day-Lewis, what were you thinking? Tom Cruise…Seriously?!). But despite the big numbers for Les Mis, the movie musical is the film equivalent of an endangered animal — kept alive online by the likes of Avengers director Joss Whedon and Neil Patrick Harris — on the verge of dying out.

It may be fun to shock kids today with tales of Hollywood’s long and storied relationship with musicals, but what’s really shocking is that quite a few of them still hold up, even against today’s standards of computer generated explosion-heavy star studded superhero blockbusters. Don’t believe us? Just check out the films below and see if any can still carry a tune.

Watching Hair today, there’s no doubt that it’s aged a little poorly. Still, there are only a handful of movies that have really managed to capture the spirit of a generation, and Hair, a memoir of hippy days and nights in the Vietnam era, is one of them. It’s a movie both about the free spirit of the era and the uncomfortable national ambivalence about the Vietnam War. It’s also essential viewing for cinephiles as the movie that legendary director Milos Forman made between all-time classics One Flew Over the Cuckoo’s Nest and Amadeus.

Singin’ In The Rain

Singin’ In The Rain isn’t just one of the best musicals, it’s one of the greatest movies ever made, full stop. A Hollywood fantasy set in the era when movies were transitioning from silent to sound, it follows a popular silent actor as he tries to make the switch to acting in "talking movies" while striking up a romance with a chorus girl. Featuring incredible choreography by Gene Kelly and great performances from Kelly, Debbie Reynolds, and Donald O’Connor, this is the definition of a crowd-pleaser, and it’s one of the few comedies to have really stood the test of time.

There are plenty of other legendary Disney musicals (including one of the great landmarks of animation, Fantasia). Nonetheless, as far as we’re concerned, The Lion King is the pinnacle of animated filmmaking and one of the best musicals that we know of. The film transposes Hamlet to the animal kingdom, but does so with great music and beautiful hand-drawn animation. It's also probably telling that the live-action version that's been playing in New York for over a decade is the highest grossing show in Broadway history. Oh, and it features our favorite villains in cinema, the evil usurper Scar and his band of hyenas.

Yellow Submarine has become one of the most enduringly popular Beatles songs, but it was far from their biggest hit at the time of its release. Much of its fame instead has come from the film based on the tune, which featured animated avatars of John, Paul, George, and Ringo on a psychedelic journey under the sea. It should be an indicator of the incredibly popularity of the band that they could turn a bizarre cartoon that featured only animated versions of themselves into a hit. Yellow Submarine is also credited with spurring interest in animation as a real art form.

We would be remiss if we left this classic off our list, a 1960's multihyphenate (a movie musical based on a stage musical based on an adaptation of a George Bernard Shaw play that was itself inspired by a Roman myth) that starred screen legend Audrey Hepburn. Hepburn plays a flower girl picked up off the street by speech instructor Henry Higgins, who wagers that he can improve her diction so much that she can pass as an upper-class lady. It’s 170 minutes of hilarity and class commentary, and the performances — including a Best Actor-winning turn by Rex Harrison as Higgins — are classic. But don’t take our word for it; the movie was named Best Picture in 1964.