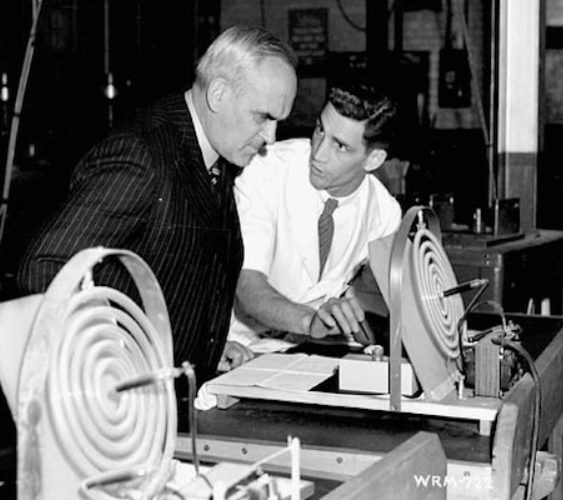 Just Thinking About Science Can Make You More Moral

Any time there's a scientific study, it's always worth it to ask yourself about every factor involved, before taking the report to heart. That's because while science is great, scientists sometimes aren't. They're people just like anyone else, and people do things for specific reasons (cough, cough — money). So while there's plenty of reasons to be skeptical about the motivations behind certain studies, science itself remains damn good. In fact, one group of experts set out to show just how solid science is.

According to an article in Scientific American, researchers at the University of California Santa Barbara wanted to see if the scientific method was as great as they thought. Their theory was that while people were unsure about scientific reports and studies, it was the scientists fault, not the scientific method. In their report, titled "Does Science Make You Moral? The Effects of Priming Science on Moral Judgements and Behavior" the team found that science is so good that merely thinking about it can lead to moral behavior. Try doing that the next time you consider watching "Snooki & JWoww."

The researchers decided to investigate the link between science and morality when they noticed how much the latter influences the former. "Previous work has noted that science stands as an ideological force insofar as the answers it offers to a variety of fundamental questions and concerns; as such, those who pursue scientific inquiry have been shown to be concerned with the moral and social ramifications of their scientific endeavors," wrote Christine Ma-Kellams and Jim Blascovich, co-authors of the report. "No studies to date have directly investigated the links between exposure to science and moral or prosocial behaviors."

To come to the conclusion that thinking about science can make people more "good," Ma-Kellams and Blascovich conducted four, extensive tests. In the first, they asked participants to read about a hypothetical date-rape, then asked them to rate the “wrongness” of the offense. They then answered a survey about science. Those who believed in science said the date-rape was more wrong than those who didn't believe in science. The rest of the tests involved presenting some of the people with scientific words (like "laboratory" and "theory") and some with random words. The participants were then asked to play games (one asked people to distribute money among people). Each time, those that were exposed to science words rated higher on a morality scale than those presented with random words.

"Thinking about science leads individuals to endorse more stringent moral norms and exhibit more morally normative behavior," explained Ma-Kellams and Blascovich. But like we said, always consider every aspect before accepting a study/report. After all, while their report has a fancy title, it might as well have been called "Scientists Say Science is Great."