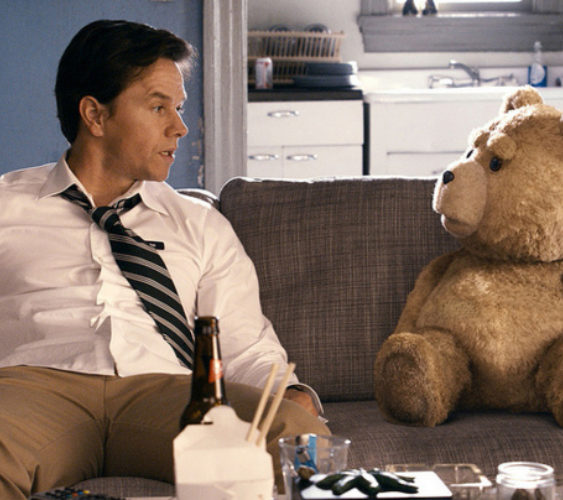 More Than Just a Pretty Face: 5 Models Who Made the Transition to Acting

The Daily Lounge looks at some of the notables of recent names that made the jump from posing to acting.

Well, if you want to look at a model who made it work, look no further than Mark Wahlberg, who began his career as "Marky Mark" of the early 90s hiphop group Marky Mark and the Funky Bunch. The video for the group's biggest hit, "Good Vibrations", featured a shirtless Wahlberg and sparked the second stage of his career: underwear model. He parlayed that transition into another and began picking up bit parts in various film features, including an early standout in the Leonardo DiCaprio helmed indie flick The Basketball Diaries, eventually becoming the go-to actor for roles that Matt Damon would never look at. Among his credits: his star-making turn as naive porn star Dirk Diggler in Boogie Nights and an Oscar-nominated turn as a foul-mouthed Bostonian police sergeant in The Departed. His career was also the inspiration for the TV show Entourage, which has in turn inspired thousands of would-be bros in their ongoing search for casual sex and luxurious lifestyles.

In terms of true supermodels, though, it’s the former First Madame of France who has probably had the best model-who-switched-to-acting career — despite having acted a role in just one movie. That movie, however, happens to be Midnight in Paris, one of the most acclaimed films of 2011, and Bruni was arguably better in limited screen time than Rachel McAdams was at any point in the film. Bruni has had an eclectic career. She began as a model in the late 1980s and quickly became one of the top earners in that field. Then, in 1997, she quit modeling because she wanted to develop a career in music, eventually releasing her debut album, Quelqu'un m'a dit (Someone Told Me), in 2003. She's since released three more albums, the most recent in March, and has reached the number one pop chart positions in France, Belgium, and Switzerland. It’s unclear why Woody Allen decided that she was essential to his love letter to Paris, but we’re glad that he did.

Jovovich began her modeling career at the tender age of nine, but her acting career has spanned almost as long a time; just four years after she began as a model, in 1988, she booked her first professional acting gig. In her early years, however, she didn’t get much traction as an actress, landing large roles in forgettable movies (Return to the Blue Lagoon), or forgettable roles in larger ones (she had only one line in the cult classic Dazed and Confused, yet was still featured prominently in the movie posters). She took time off to focus on modeling and — yes — music. Then, in 1997, she broke through with a lead role in The Fifth Element. She would end up marrying and making another film with Fifth Element's director, Luc Besson, but the relationship ended in divorce and the box-office flop The Messenger: The Story of Joan of Arc. Jovovich eventually snagged her star-making role as the lead of Alice in the Resident Evil franchise, starring in six films in the series. Jovovich is far from an A-list actress, but she has a certain thing that she does, and she does it well.

Banks may well be arguably the most successful person on this list in terms of success at life, but her acting career has been marked by numerous roles and no real breakouts. Her first acting gig was a reoccurring guest role on The Fresh Prince of Bel-Air and her last non-cameo role in a movie was in 2002 as the voice of "Victoria’s Secret Gown" in the animated Adam Sandler Hanukkah movie Eight Crazy Nights (the role was featured in a scene where various chain-store logos hold an intervention for the main character about his drinking). Banks is more notable for her career as a media personality, having had her own TV talk show show from 2005 to 2010, as well as creating and hosting her own reality-modeling-competition show. As an actress, though, she’s far down the list.

Want to know who’s even further down the list? That would be Mrs. Andy Roddick, Brooklyn Decker, who was nominated for a Golden Raspberry for her very first film role in 2011’s Just Go With It (If you're counting, that's the second Adam Sandler flop on this list). Decker broke onto the scene in 2006, when she first appeared in the Sports Illustrated Swimsuit Edition, and made her acting debut the following year in the TV pilot Lipshitz Saves the World. As you might expect from the title, the pilot wasn’t picked up to series. Among Decker’s other credits: roles in the execrable What To Expect When You’re Expecting and Battleship.