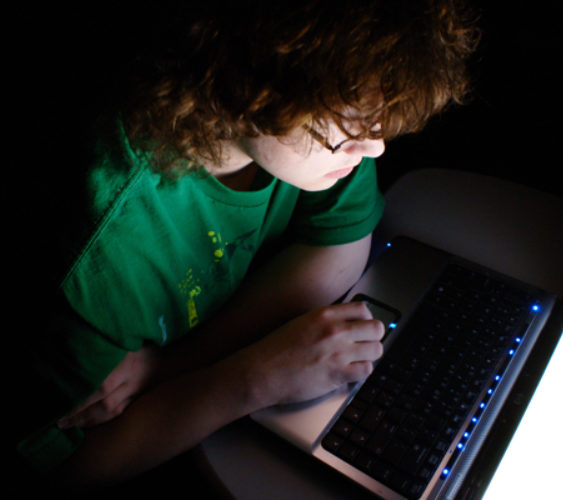 There's a few stereotypes about artists, but one that seems to always rise to the top is that they're dark and brooding people. That notion just got a little bit of science behind it, in the most literal way possible: According to German researchers, darkness — we're talking dim lighting and the blackness of midnight in the country — helps promote creativity.

In a paper published in the Journal of Environmental Psychology, Anna Steidle of Germany's University of Stuttgard and Lioba Werth of Hohenheim University, claim that if you're trying to get some deep writing, or a painting — or whatever — done, your best move is flicking off the light switch. "We expected that darkness would offer individuals freedom from constraints, enabling a global and explorative processing style, which in turn facilitates creativity," they explained in their report. They were right. After a long test, they concluded that a dark environment leads to "a feeling of freedom, self-determination, and reduced inhibition," and those feelings lead to improved artistic expression. In other words: The goths have already won.

To come to this theory, Steidle and Werth asked 114 German college students to sit in small groups of two or three people in a room. The room was illuminated only by a single light in the middle of the ceiling. The German team varied how much light each group would enjoy from that fixture. Some had a dim light, others had bright.

Each group was allowed to adjust to their lighting for 15 minutes, and then asked to work on word problems that have been used for creativity studies in the past. The participants only got two minutes to solve each problem. After that, they were asked to rate how "free from constraints" they considered themselves. What Steidle and Werth found was that those in the dimly lit room not only solved more problems than those in the brightly lit room, they solved more correctly. The dim room people also reported feeling freer than those in the bright room. "These results indicate that dim illumination heightens perceived freedom from constraints, which in turn improves creative performance," the duo explained in their paper.

Are you a struggling artist? Take this research to heart. That doesn't mean working in complete darkness, mind you. As Steidle's explained to Pacific Standard, the goal is "creating an informal and benign visual atmosphere by dimming direct light and having a light bulb somewhere in your field of vision which is turned on from time to time." If that doesn't work, paint your nails black and go shopping at Hot Topic. Actually, don't do that. Just consider that maybe art isn't for you.