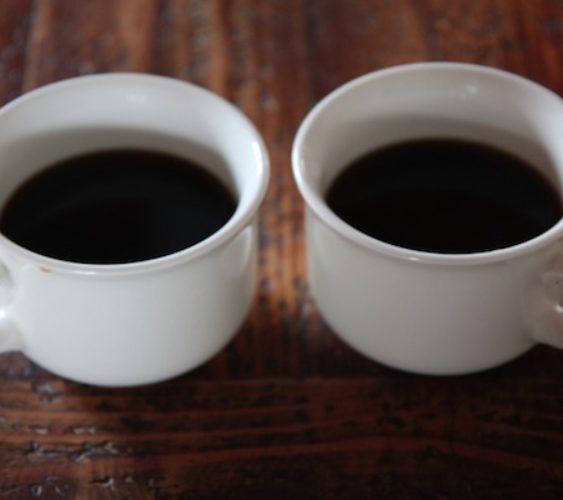 Coffee, as you know, is absolutely amazing. It powers you through sleepy mornings and provides a socially acceptable way to be intoxicated. In addition to that, it's good for you. The latest finding? Drinking coffee — decaf or caffeinated — will help you maintain a healthy liver. So drink up some joe, people!

The study was massive, which means we're more lenient to believing its findings. Researchers studied US National Health data on coffee consumption for 27,793 people aged 20 or older from 1999 to 2010. The participants were also asked to submit blood samples, so that the team of experts could track their blood for indicators of aminotransferase (ALT), aminotransferase (AST), alkaline phosphatase (ALP) and gamma glutamyl transaminase (GGT). All of which are enzymes that contribute to liver health.

Of the 27,793 people, a little more than 14,000 drank coffee. The team then controlled for age, sex, race, education, smoking, alcohol consumption and a variety of other factors (like if they had a family history of disease). The team found that those who drank coffee were about 25 percent less likely to have abnormal levels of liver enzymes than those who did not drink coffee. Even decaf drinkers — about 2,000 of the participants — showed the same results.

The team, led by Dr. Qian Xiao of the National Cancer Institute, were surprised to see that the decaf drinkers did just as well as the caffeinated drinkers. There have been many studies that show caffeinated coffee could lower the risk of diabetes, cardiovascular disease, liver disease, cirrhosis and cancer of the liver and Xiao wanted to take things a step farther. "Prior research found that drinking coffee may have a possible protective effect on the liver," Xiao told The Huffington Post. "However, the evidence is not clear if that benefit may extend to decaffeinated coffee."

The unfortunate part of the study is that Xiao could not nail down what exactly in coffee is beneficial to our livers. She also won't go as far as advising that people should start drinking coffee by the gallons. "There are more than a thousand compounds in coffee,” she told the New York Times. "There are a few candidates, but I don’t know which is responsible. This is an observational study and not designed to determine cause and effect. So based on this study, I wouldn’t make any recommendations. But it is reassurance that coffee and decaf are not harmful to liver function."

Well, if she won't make any recommendations, we will. Drink more coffee. Drink it all day and all night. It is amazing. It is making us vibrate as we type this sentence. What more could you ask for?