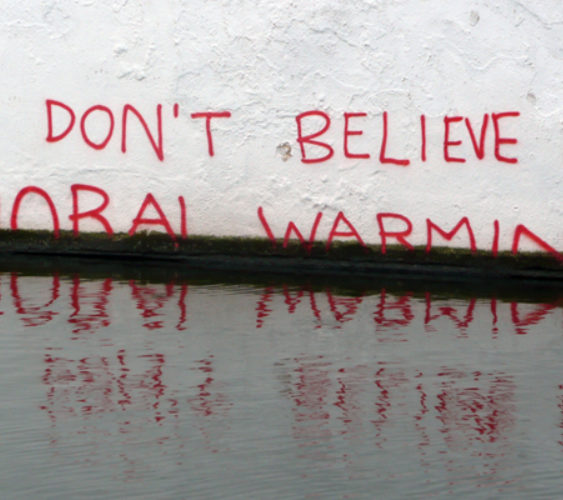 Scientists Almost Certain Humanity Is Why the Planet Is Getting Warmer

People love to complain about the weather. It’s one of the oldest, most reliable conversational standbys; if things get awkward, talk about how hot it is, or how cold it’s getting, or how awful the storms have been. Even people who have nothing at all in common can bond over their frustration with nature. But when the topic comes to the "why" as opposed to the "what," things take a decidedly unfriendly turn. The debate over global warming, and man’s responsibility towards it, seems to get more heated every season as the temperature rises.

A panel of esteemed scientists from across the globe had announced that humanity is responsible for global warming — mostly. The United Nations Intergovernmental Panel on Climate Change has only presented five reports since its 1988 inception, each time the news has gotten progressively bad. Their most recent report has determined that there is a 95% chance that humanity is directly responsible for the drastic increase in volatile weather.

“It is extremely likely that human influence on climate caused more than half of the observed increase in global average surface temperature from 1951 to 2010,” a leaked draft of the report states. “There is high confidence that this has warmed the ocean, melted snow and ice, raised global mean sea level and changed some climate extremes in the second half of the 20th century.”

Climate change naysayers (who will quite probably scoff at the findings, just as they have at those in the past) are quick to dismiss these concerns. Even if the report is true (after all, there is still 5% doubt), aren’t the scientists getting excited over nothing? So the summer gets a bit hotter, and the winter gets a bit colder — what’s the big deal?

Catastrophic weather events like Hurricane Katrina and Hurricane Irma, not to mention devastating earthquakes and tsunamis, have increased in frequency due to the rise in temperature. And if deadly weather isn’t enough to emphasize the severity of this situation, you need only look to the ocean. The rise of sea levels (thanks in no small part to the ice caps melting) is only expected to increase over the coming years. By 2100, average sea levels could be 3 feet higher than they are now — leaving most of the coastlines we know and love decimated as a result.

People have been working feverishly for a way to slow or stop this process and restore some balance to the natural environment. And while the heating process has slowed down slightly in recent years, scientists believe it won’t last. Bottom line: the temperature is going to get more extreme, and the oceans are going to get higher.

This isn’t a sign for you to start panicking and look into selling your beachfront property (at least not with the current housing market). Governments are already investing billions of dollars in reducing dangerous green house emissions and looking for ways to handle this problem. But if we’re going to find a solution, it’s time to stop debating the details. Global warming is happening, like it or not (we’re firmly in the "not" category), and the sooner we agree on that, the sooner we can work together towards a solution. Because if we waste precious time arguing over whether the problem exists, rather than focusing on how to stop it, we’re all going to end up in hot water.