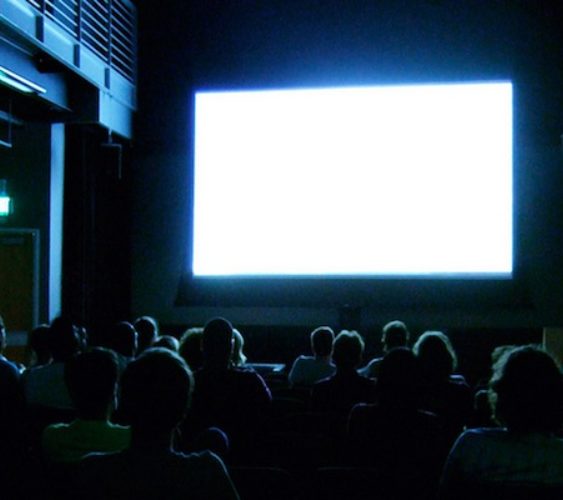 Watched any good movies lately? How about a romantic one — like The English Patient? How did you feel afterwards? Chances are you probably were feeling a bit more liberal — or left leaning — than you were beforehand. That's according to researchers at the University of Notre Dame, who found that watching sentimental movies makes people develop more liberal leaning political views.

The report, published in Social Science Quarterly, was penned by several political scientists who wanted to see how entertainment influences people. Dr. Todd Adkins, the lead author of the study, felt that this was something that has often been ignored. "Media effects research has generally ignored the possibility that popular films can affect political attitudes,” Adkins writes, adding that the lack of research on the subject was "puzzling."

To remedy the issue, Adkins and his colleagues asked about 300 Notre Dame students to take a survey of their political views. Half of the participants had — prior to the survey — reported their politics as "conservative." After the group had finished the survey, they were shown a film that was deemed to have an underlying liberal message, like As Good As It Gets. Others were asked to watch movies that were deemed to have no political messages. The participants then answered a new survey afterward. Adkins found that those who had watched liberal films showed liberal tendencies, even if they had said they were conservatives.

The researchers found evidence that viewers who'd watched As Good As it Gets and The Rainmaker [a mid-90s legal thriller based on a John Grisham novel and staring Matt Damon] ended up developing more liberal views on issues related to health-care. And the changes stuck, with the study's participants claiming to keep their new progressive view up two weeks after watching the movies. This led Adkins and his team to conclude in their paper (which by the way is titled "Moving Pictures? Experimental Evidence of Cinematic Influence on Political Attitudes"), that "popular films possess the capability to change attitudes on political issues."

Adkins muses that even movies that didn't seem to have much of a liberal theme to them worked on people because they're not prepared to think critically. They relax, and let their guard down. "Viewers come expecting to be entertained and are not prepared to encounter and evaluate political messages as they would during campaign advertisements or network news,” Adkins writes in the report. “In an age where the biases of network news and talk radio programs are accepted facts, the movie theater may prove to be one of the last sources of cross-cutting exposure to political messages."

Two thoughts arise from this study: 1) If people are that easily influenced, perhaps they weren't as conservative as they thought they were and 2) Now we know what to do with our right wing parents during election years. Hey mom, want to watch this Matt Damon movie?