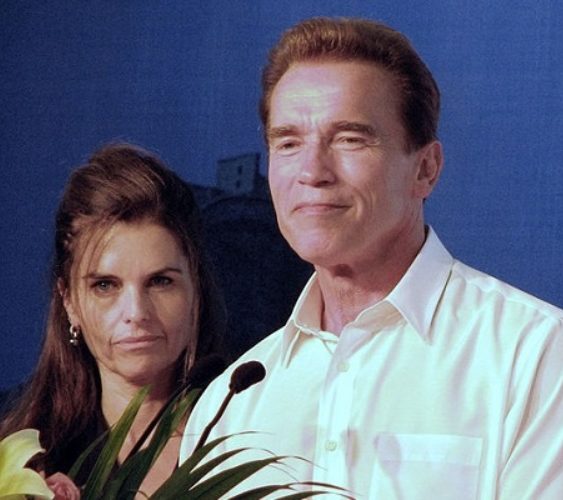 The Art of the Political Divorce

Russian President / autocrat / alleged sex symbol Vladimir Putin was in the news following reports that he and his wife of almost thirty years, Lyudmila, were planning to divorce, the result of a distance in their relationship that had emerged over the many years of Putin’s career as the leader of Russia. By all accounts, the decision appears to have been mutual, but it nonetheless highlights the toll that life in the public eye can take on a relationship. It also got us thinking: What are some of the other prominent divorces in political history? Accordingly, here’s the Daily Lounge list of history’s most notable political divorces.

Arnold Schwarzenegger and Maria Shriver
We’ll start with a divorce that’s notable both for its political nature and for its status as a major celebrity news story: the ongoing saga between the Governator and his wife of over fifteen years, Maria Shriver. Schwarzenegger, as is known to all, is a huge action movie star, having brought the role of the merciless Terminator to life; his marriage to Shriver brought him into the political realm, as Shriver, a niece of John F. Kennedy, is a member of the illustrious Kennedy clan. Married in 1986, it emerged during Schwarzenegger’s second term as Governor of California that he had fathered a child out of wedlock fourteen years prior, an announcement that led to a split with Shriver. They are still going through the divorce process, so including them on this list may be a bit premature, but as far as recent and current political divorces go, this is as high-profile as they come.

John and Elizabeth Edwards
Like Schwarzenegger, the Edwards divorce revolved around a child fathered out of wedlock, but while there’s no condoning Schwarzenegger’s conduct, no one in recent political history has disgraced themselves to the same degree than John Edwards did. Edwards, remember, was John Kerry’s running mate in the 2004 Presidential race and then was a serious contender for the Democratic nomination in 2008. It’s a good thing that he didn’t win that race, because he was dogged with allegations that he had been cheating on his wife and finally admitted in 2010, not only that the allegations were true, but that he had had a child with the campaign worker that was his mistress. If that wasn’t bad enough, Edwards was indicted on charges of having used campaign funds to cover up the affair -- though nothing ended up coming of those charges. Even worse, Elizabeth Edwards was suffering from breast cancer and died in 2010, after John admitted his transgressions. Unsurprisingly, John Edwards has not been seen on the political stage since.

Rudy Giuliani and Donna Hanover
Far less spectacular is the tale of former New York Mayor Rudy Giuliani’s marriage and divorce, which falls more along the French lines of setting his wife aside to upgrade to a newer model. Giuliani married TV personality Donna Hanover in 1984, but by the time that he took the mayoral office in 1994, the marriage had already begun to cool. Then, in 1999, Giuliani began a clandestine relationship with one Judith Nathan, a relationship which became increasingly public as time went on. Finally, in May of 2000, Giuliani announced that he was separating from his wife -- which, in a display of awe-inspiring insensitivity, he did without telling her first. Their divorce was ultimately settled in July of 2002.

Sam Houston and Eliza Allen
Though most of the ones we remember are the ones from recent memory, philandering and divorcing politicians whose private lives have a major impact on the world are nothing new. For a case in point, look no further than the ill-fated marriage of Sam Houston and Eliza Allen, a short-lived affair that arguably had a dramatic impact on the course of American history. Houston was a soldier and frontiersman in the early 19th century west, and came under the wing of Samuel Jackson, who urged him to marry was an essential element for his political future. His bride was the much-younger Eliza Houston, and it went bad almost immediately. They were married at the beginning of 1829, almost two years into Houston’s term as Governor of Tennessee, only for Eliza to declare within just a few days that she despised her new husband. The marriage fell apart quickly, and they separated (though were not formally divorced) in April of 1829. Houston resigned the governorship immediately thereafter, and moved west, where he eventually led the army of Texas in a victorious fight for independence against Mexico. Houston and Allen were officially divorced in 1837.

Henry VIII
In the realm of political divorces, however, no one did it better than English King Henry VIII, who was married no less than six times and rid himself of wives variously by divorce, annulment, and execution. It was the ending of his first marriage, however, that would have the furthest-reaching consequences. Henry’s first wife was Katherine of Aragon, a Spanish princess who had been first engaged to his brother Arthur before Arthur died of an unknown malady. Unfortunately, Katherine was unable to bear Henry a son, a fact that gave Henry increasing fear over time as he worried about leaving behind an unstable realm. The Pope’s refusal to grant him a divorce led him to take the drastic step of splitting with the Church entirely, forming the Church of England and bringing his nation into the Reformation. Though politically motivated, that decision vastly strengthened the power of the English crown, and would set off religious battles both within and outside of his country that would reshape the future course of Europe.