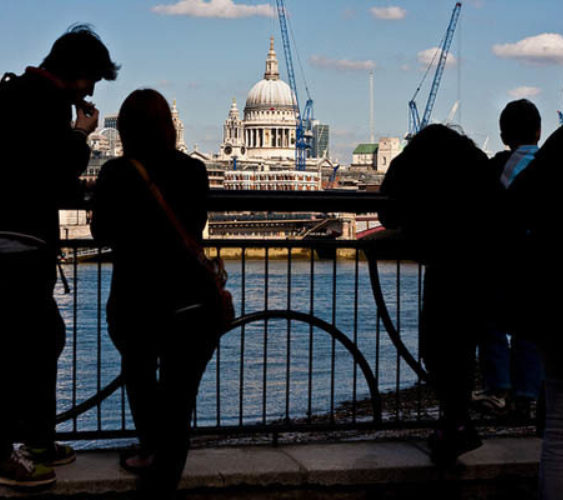 The Best (Modern) Architectural Sites to Take in While Traveling

It may sound dry and boring, but admiring the beauty of architecture is a long standing staple of the travel experience. From a momentary view of a locale's skyline to a guided tour of a destination's most famous landmark, you've probably taken part in the touristy art of building design appreciation. And while everyone knows about the Pyramids, the Colosseum, the Taj Mahal, and Angkor Wat — admittedly for good reasons — we here at Daily Lounge, as firm believers in both the importance of innovation and the value of travel, think it’s time to think about some more recent modern attractions. What are some of the best architectural sites of the last century?

Here’s our list — though we’re always open to other opinions.

Your correspondent is fundamentally a traditionalist, which makes the Reichstag dome an ideal point of departure. The Reichstag building itself was designed by the German architect Paul Wallot, and housed the German parliament from the time of its opening in 1894 until the infamous Reichstag fire in 1933, one of the precipitating events that allowed Adolf Hitler to take power in Germany. The building remained a burnt-out shell for decades, undergoing a few renovation projects but remaining largely empty. Then, on the reunification of Germany in 1990 and the subsequent re-establishment of Berlin as the nation’s capital, a push to formally restore the building was set in motion, with famed British architect Norman Foster winning the commission. His most noted addition was the replacement of the structure’s demolished cupola with a glass dome, which visitors can enter and climb to view the entire city of Berlin. It blends the classical with the cutting edge — and the view is spectacular.

What would a list of great modern architecture be without something by Frank Lloyd Wright, the great architectural master of the 20th century? Buildings like Fallingwater tend to get the most attention among Wright’s admirers, but the Guggenheim is probably his most accessible building, and, for art lovers, is one that has a direct impact on how you interact with the material. The classic museum layout is a floor with multiple rooms that are filled with art. Wright instead turned the entire interior space into a spiral ramp, opening at the top to allow light to pour in; as you rise slowly through the building, you interact with the art in a pre-planned progression. It’s an entirely different way to interact with art — not to mention that the building is wild to look at.

Most cities in the world remain anonymous because they lack an iconic, instantly recognizable piece of architecture. Sydney does not have that problem. Its Opera House, completed in 1973 from a design by Danish architect Jorn Utzon, is one of the most famous and instantly recognizable buildings in the world — and, sitting as it does on a promontory facing the water as one sails into Sydney Harbour, it greets visitors to the city with the same sort of emphatic recognizability as the Statue of Liberty. It’s a gorgeous building, and, recalling as it does a collection of immense sails, it’s exactly appropriate for a the largest city of a country founded by convicts transported over in massive prison galleys.

The Museum of Islamic Art in Doha is a bit less monumental than the other items on this list — and there are plenty of Middle Eastern sites that we could have included that would have been a little grander in scale. Yet there’s something arresting about the clean lines and isolated setting of IM Pei’s design for Qatar’s premier museum of Islamic art, which has a design based on traditional Islamic architecture but, resting on a specially constructed island and sitting next to a carefully-curated tree-lined boulevard, it creates a world all its own. No less intriguing is the interior design, for which Pei enlisted the same firm that worked with him on his renowned Louvre pyramid in Paris.

We’re not quite as big fans of the National Grand Theater as we are of the Sydney Opera House, but there’s no disputing that Beijing’s opera house, completed in 2007, is both impressive and distinctive. The building sits in the middle of a man-made lake, and is housed in an immense titanium dome that is shaped like half of an egg laid laterally on its side. Unsurprisingly for such an outlandish building, it was the source of a great deal of controversy when it was first announced, representing as it did a major departure from traditional Chinese architecture. The finished building, though, is indisputably iconic -- and a sign of China’s growing international ambitions.