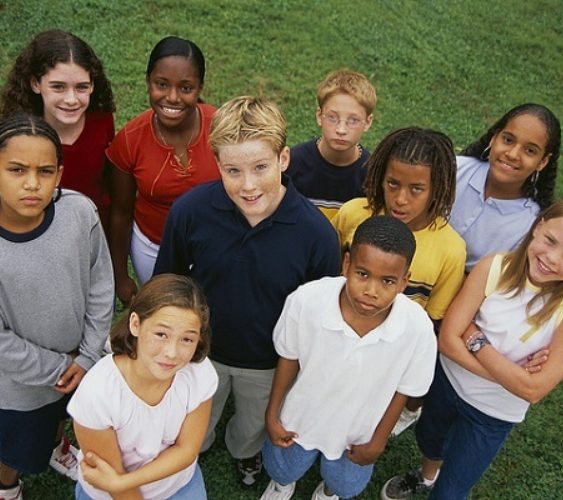 'It's OK, I Have a Black Friend': The Truth About Modern-Day Self-Segregation

You find yourself incensed by the events in Ferguson, Missouri. You’re angry about Trayvon Martin, and indignant that People magazine would fire an editor just because she’s an African American.

Who do you turn to to talk about it?

If you’re Caucasian, then odds are you’re talking to other white people about black issues, according to a study by PRRI in 2013. The study asked respondents whether they had talked about “important matters” (their definition of “friends”) in the last six months. The study found that three-quarters of Americans don’t have any non-white friends, and the average white American, out of 100 friends, has one black friend, one Asian friend, one Latino friend, and one mixed race friend. And though the average African American, in contrast, has eight white friends, two Latino friends and three mixed race friends, the fact still stands that the typical black American has 83 black friends, showing the extent to which racial segregation still exists in the modern-day United States.

And the fact is, surrounding yourself with people of your same ethnic background leads to a very narrow view of the way the world works. The big problem, the one that’s been pointed out by many people in the weeks following the Ferguson shooting, is that it tends to lead to conversation — or a lack of conversation — that fails to address the typical African American experience. Or the typical Latino experience. Or the typical Asian experience. As it’s been said many, many times before, the United States is a patchwork quilt of cultures and ethnicities. Consistently hearing only a single story means you’re failing to comprehend what life is actually like for all citizens.

If a politician takes office, and that politician’s experience is overwhelmingly defined by their own ethnic or socioeconomic makeup, it could be great for their constituents who share those experiences, but not so good for the constituents who fail to fall within those categories. The idea of having all races represented equally is a great one, but just that — an idea, nothing more.

So, the next time you’re talking about racial issues, take a look around you. Is the room overwhelmingly one race? Then it may be time to start expanding your social circles. Consider it part of your life education.