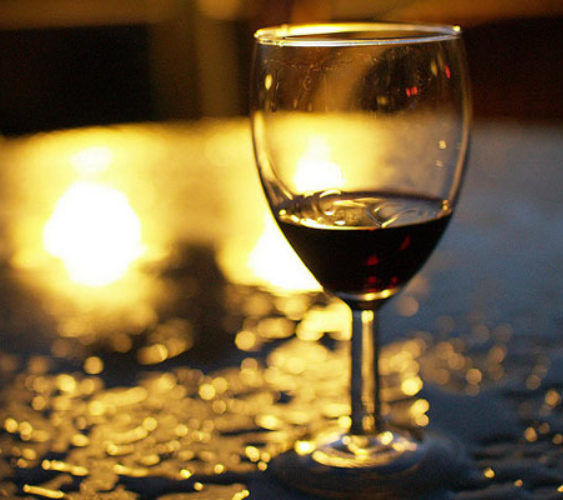 Want to Drink Less? Put Away the White Wine and Switch to Red

Okay, that’s an exaggeration, but the truth is if you prefer to relax with a bottle of white you’re likelier drinking more than your red wine-loving friends.

A new study from Iowa State University measured how much self-serving drinkers believe is an appropriate amount of alcohol when pouring themselves drinks. The results found that people pouring white wine were pouring on average 9% more of the drink than when they poured red, probably because the light-colored liquid is harder to see in a clear glass than its darker version. When poured into a larger wine glass — like the kind traditionally used for red wines —- participants actually poured an average of 12% more wine than when they used the narrower glasses used for whites.

People additionally poured 12% more when holding the glasses rather than pouring into a glass set on a table.

"People have trouble assessing volumes," explained Iowa State assistant professor Laura Smarandescu. "They tend to focus more on the vertical than the horizontal measures. That's why people tend to drink less when they drink from a narrow glass, because they think they're drinking more."

What’s the lesson here? If you want to drink more, but not feel too guilty about it, go ahead and pour yourself white wine in a red wine glass. Have a little bit of wine and want to make it go a longer way? Serve your reds in white wine glasses.

Or you can just avoid the whole situation and drink straight out of the bottle. But we wouldn’t recommend that — we like being at least kind of classy when we’re getting our booze on.