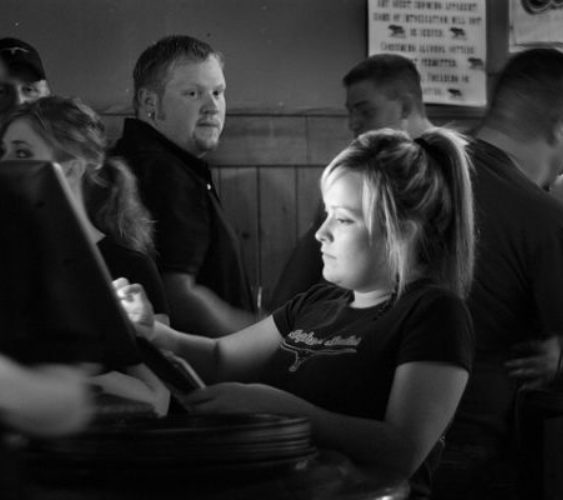 If you’re woman who's ever worked a job in the food service industry, according to an advocacy group survey, you’ve likely been harassed by customers, coworkers, or even managers,

The report, titled “The Glass Floor: Sexual Harassment in the Restaurant Industry,” was compiled by researchers at the Restaurant Opportunities Center United, a nonprofit that advocates for low-paid service industry workers. They interviewed 688 current and former restaurant employees in 39 states, and found that the majority of people interviewed had, at some point experienced one or several forms of harassment.

Though women reported the highest incidences of harassment — particularly from customers — the sheer number of incidences reported, and the fact that they’re seen as “commonplace,” is alarming. The advocacy group also found that employees paid the average $2.13 sub-minimum hourly wage typically offered by restaurants for those relying on tips as part of their earnings tended to experience a higher volume of harassment than those who were paid minimum wage by their employers. Those paid under the minimum wage were also three times more likely to be told by management to wear “sexier” clothes. Tipped female sub-minimum wage workers in the industry earn a median $9 an hour, including tips, and are likelier than men to fall under the poverty line, and that reliance on tips for their livelihood may make it harder for them to call out wrongdoers and stand up for themselves.

These behaviors and realities will likely continue as long as restaurants are allowed to continue putting their profit-making before their employees’ well-being. And as much as the employees may not like it, for many of them, it’s not a choice whether to stay or leave, but instead whether to accept these truths as part of their lives or not. As one female bartender in a focus group for the report stated, “Unfortunately, it’s just become the societal norm, and we have all accepted it and we all hate it.”