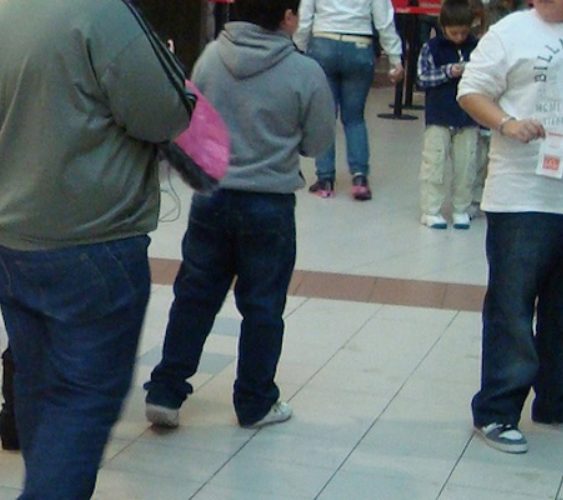 It’s Official: Young People Are Less Healthy Than Ever

According to a study from the Center for Disease Control and Prevention, there is now one more reason to be annoyed by teenagers: They're fatter than ever. The CDC's report found that with each passing year, young people ages 12 to 18 become larger. And its not just those from disadvantaged backgrounds — it's all of them.

The report backs up what other studies have been showing. For years, studies have shown that less than a third of teens get an hour of exercise a day, which is the bare minimum suggested by experts to maintain a healthy lifestyle. The same studies found that for most kids, their physical activity peaks at about 10 years old and then begins to decline each year afterward. Some kids even had their activities peak as early as two years old.

What are kids doing when they should be outside running around? Looking at their phones and computers, of course. A 2013 report by the Kaiser Family Foundation found that kids ages eight to 18 spend almost eight hours per day with their phones, tablets and computers. That's up from about six hours in 2008.

For the CDC's study, the agency gathered 450 boys and girls from a variety of ethnic and socioeconomic backgrounds. The team of researchers asked the kids to run on a treadmill to test their endurance and fitness levels. The experts then used that data to compare to benchmark levels for healthy kids, otherwise known as the "healthy fitness zone." Unfortunately, most of the kids didn't even come close to the zone.

"Overall, only 42 percent were as fit as they should have been, given their age, and that percentage fell precipitously among girls," reports the New York Times. "Less than 34 percent of the female participants had fitness levels that would set them within the healthy fitness zone, the testing showed, compared with about 50 percent of boys." When the team examined the results over time, they found that every year, young people are becoming less healthy. Janet Fulton, a CDC epidemiologist who oversaw the study, summed things up nicely by telling the Times, "Really, this is not good news. We’re talking about a better than one percent per year drop in cardiorespiratory fitness."

It's enough to make you want to scream. After all, teens aren't exactly endearing. They mope around and are overly-emotional about pretty much everything. Now we're finding out that they can't do a simple thing like stay healthy during the years that it's the most easy to do so? It's outrageous. And it's not like it's our fault. Adults do everything they can to encourage young people to exercise and eat healthy, right? RIGHT?!